Much of this morning was spent trying to figure out how to turn my lack of studio space into a passable studio space. I am in a 2-bedroom apartment. One bedroom has a large desk. It was the obvious choice.

In anticipation of the lack of studio I bought a bunch of non-oil paint stuff that could be used just about anywhere. Last weekend, as I waited for the clerk at the art store to finish ringing up my new paints, she finally looked up at me and said, ‘So…. Have you ever used gouache before?’ In fact I have used gouache before. It was about 20 years ago and I despised the stuff. But yes, I’ve used it. It’s a pain in the ass. I probably threw it all away since I only found two tubes of the vile stuff in my stashes of old supplies. The clerk laughed. I should be alone for 10 days, I said reassuringly, and was unlikely to hurt anyone in my masochistic ventures back into the frustrating world of gouache.

For those of you who are unfamiliar with the stuff, it’s a water-based paint very similar to water colors, but unlike watercolors, it’s opaque and temperamental as hell. I’m not a fan of the weak colors that watercolors produce. I want my color to have more meat, so to speak. That’s why I love oil paints. I suppose I could have used acrylics, but there’s something about acrylic paints that I have a deep aversion toward. Probably that they are too close to oil paints without possessing the fabulous qualities of oil paints. Apparently I would rather torture myself with gouache. It’s tricky stuff and will easily turn you into appearing as a painting hack. So it goes.

After a morning session of painting and drawing (no gouache yet), I ventured out to the log decomposition site. Yesterday I found a fantastic dead tree that begged to be photographed. It is known that a tree will support more life after its death than during its life. Some of the evidence is literally written all over that tree.

This is also the site where the scientists lovingly wrapped the ground in mesh screen. It is my understanding that this, probably among many other things, gives them an opportunity to study the copious amount of stuff that falls from the higher forest stories. Many trees in this area have also qualified for ‘toe tags’ as if they were patiently waiting in a morgue. I’m not certain what qualifies a particular tree for a tag. The trees that were tagged were too varied for me to uncover any pattern. But since I was in the log decomp site, I’ll venture to guess that it has something to do with varying degrees of death and decomposition. 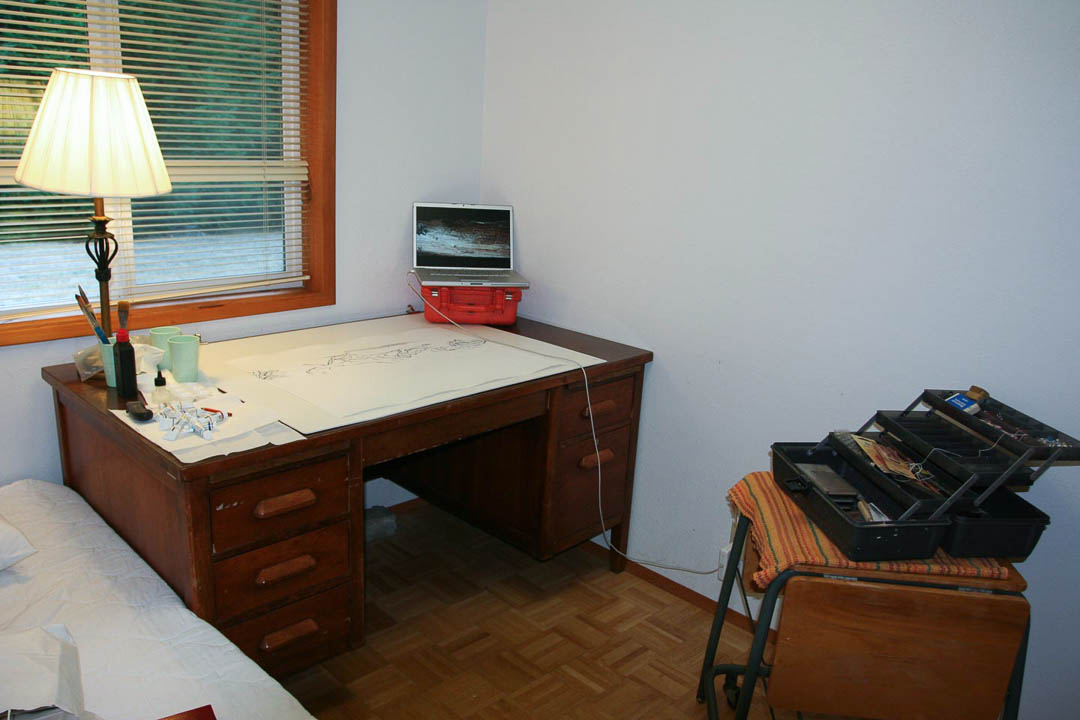 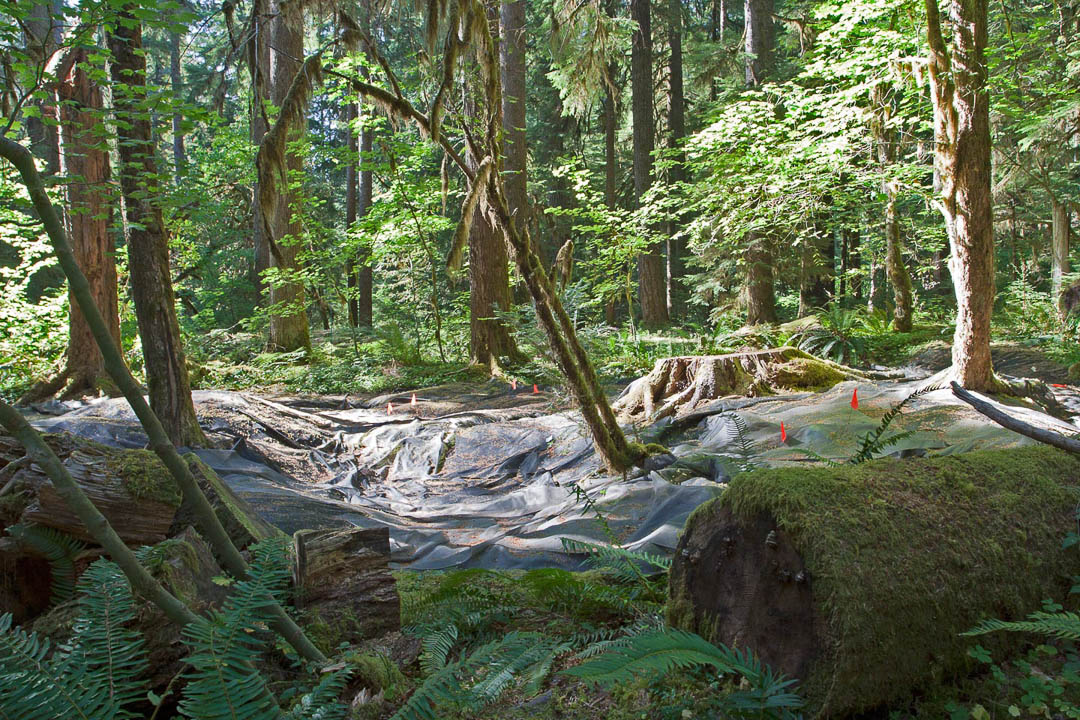 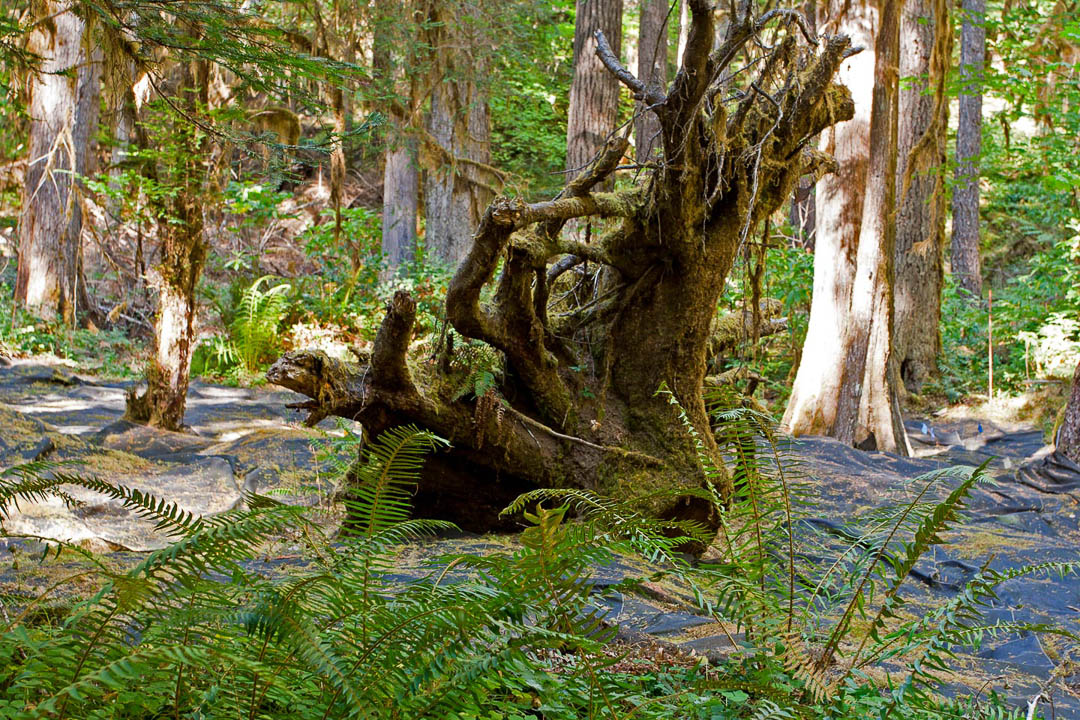