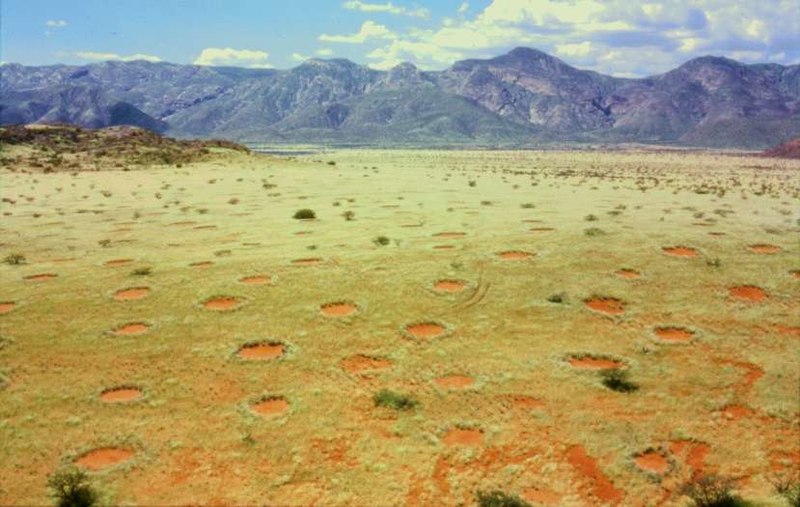 Recently I discovered a scientist, Corina Tarnita, who studies termite mounds. An interesting pattern commonly called fairy circles occurs in Africa’s Namib desert as well as in Australia. Fairy circles create a regular polka dotted pattern on the landscape that can be seen from space. They defied explanation for quite some time and inspired wonderfully fantastical stories about their existence. Dr. Tartino started asking questions about patterns recurring at different scales and wondering what caused them and if understanding pattern formation could help uncover the mystery of fairy circles.

As well as being an evolutionary biologist, Tarnita is also a mathematician. She drew upon the work of World War II codebreaker and mathematician Alan Turing. Turing is well known as being a codebreaker and a pioneer in computer science and AI, but he also wondered about naturally occurring patterns in nature such as what caused the patterns on animals’ coats. Turing’s thinking about patterns provided a key for Tarnita to unlock the the enigma of fairy circles. You can listen to Dr. Tarnita’s interview with Steven Strogatz in Quanta magazine.

I am not particularly interested in termite mounds, but I am keenly interested in naturally occurring patterns.. Tarnita is looking for meaning within natural patterns occurring at different scales. How and why do these patterns repeat? What stories can we derive about the natural world by understanding what underlies these self-organizing patterns? 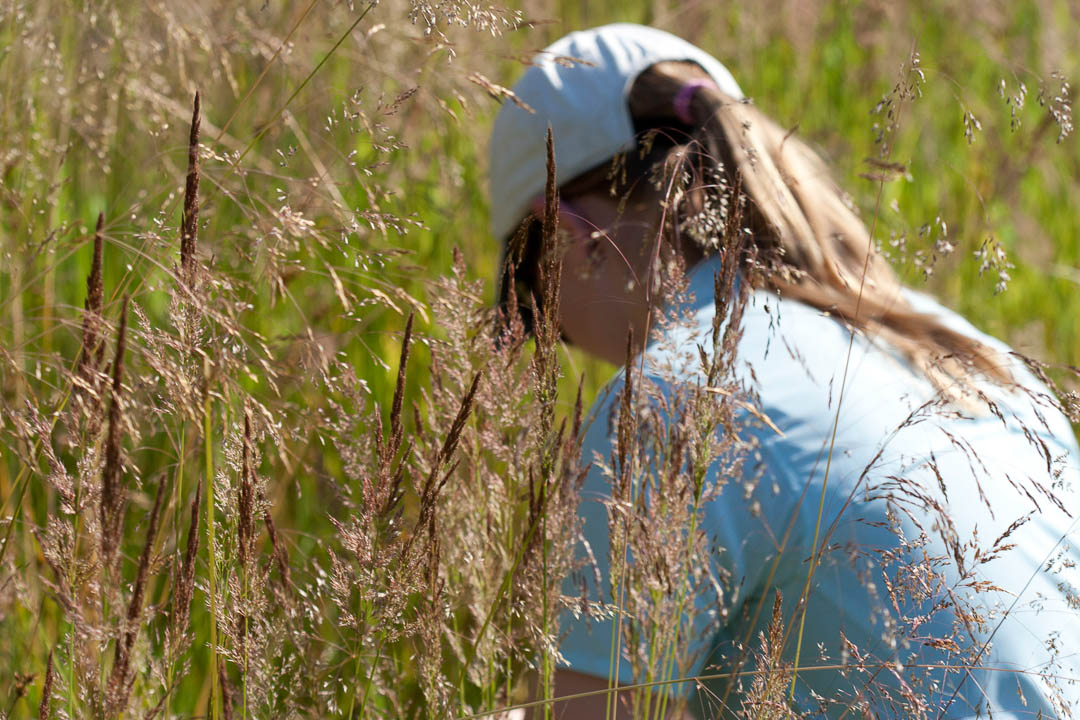 See it for Yourself

A salient point that Tarnita made about understanding the underlying reasons for patterns is that it is not sufficient to study data from afar. It is critical that you physically go to places to see the patterns for yourself, or the connections could be easily missed. She struggled to find a particular connection about termites and the patterns of grass growth until she happened upon a fellow researcher’s site that had just undergone a prescribed burn. Just as with my experience in the native wetland prairies of Oregon’s Willamette Valley, the tall grasses obscure so much of what is occurring at ground level in the savanna. The burn exposed new grass growth that would typically have been hidden from sight. The pattern she speculated existed was plainly visible in the pattern of grass growth. Seeing it provided the connection she needed. 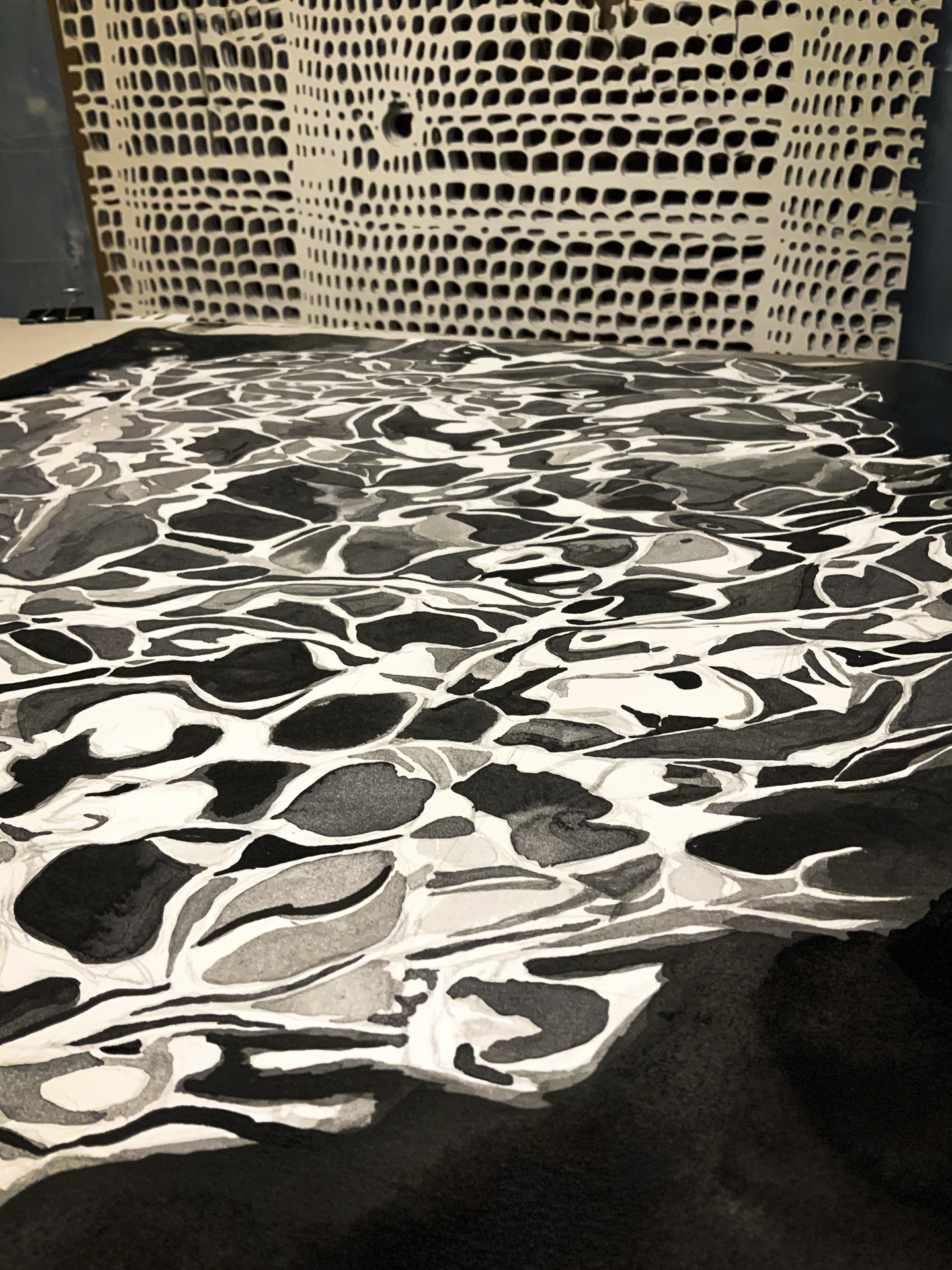 Patterns In My Studio

I look at the artwork currently in my studio. I have focused my attention at different distinct subjects in the natural world for several decades. Tying the subjects together are the patterns that repeat at different scales, both spatial and temporal: how these patterns relate to each other and what we can see when the patterns are placed in relationship to one another. ⠀⠀⠀⠀
⠀⠀⠀⠀⠀
The patterns of my previous project lean against the wall behind me as I work at building up the patterns of my work-in-progress drawing. The patterns behind me are anatomical: they tell stories of water’s influence on the pattern of tree growth over a few years. Each discrete form is unique. The shapes are simultaneously systematically and organically arranged in an order that is recognizably Douglas-fir.
⠀⠀⠀⠀⠀⠀⠀⠀⠀
On my table is an in-progress drawing of light refracted by water. The forms are not dissimilar to the shapes in the artwork leaning against the wall. Water refracts light in a specific way that is just as specific as the cellular forms of the wood anatomy. The shapes are arranged in a pattern that is already discernible at this early stage as water.